Whether engaging with academics, the media, or politicians, it’s common to hear talk of the ‘complex problems’ that we face as a world. Climate change, public health, resource depletion, immigration policy, and education reform all feature prominently in today’s news coverage. But, what is it about these problems that makes them so difficult to deal with? Why do we often seem to make so little progress when we try to tackle them? And, most importantly, how might we be able to do better at addressing them?

While there’s disagreement over how to label them, there’s broad consensus 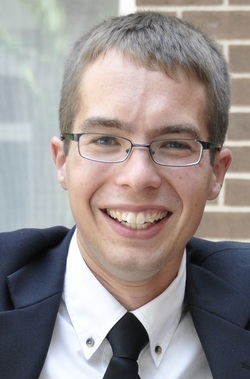 among scholars of complexity that we face three different kinds of problems. The first are the most straight-forward: tasks that are relatively well understood, predictable, and low-risk. For scholars of science, technology, and policy Dr. Dan Sarewitz and Dr. Brad Allenby, these are ‘level one’ problems (as opposed to level two or three); for social innovation researchers Dr. Frances Westley,, Dr. Brenda Zimmerman, and Michael Patton, they are the ‘simple’ problems (rather than complicated or complex). Simple problems could range from baking a cake to building a train, both of which are relatively straightforward when you have a well-developed recipe.

The most challenging situations, however, are the level three, ‘complex’ problems. These kinds of problems are characterized by a high degree of complexity, unpredictability, and even randomness. They often have emergent properties that result from dynamic combinations of variables, and may be largely unrepeatable and difficult to measure comprehensively. The quintessential examples of complex problems – addressing the impact of trains on society or raising a child – reveal two key traits of these complex problems: they add human dimensions to complicated systems, and a recipe that works in one situation may not help in another.

It’s in this third level of complex problems that the most interesting challenges reside: how to solve climate change, how to build effective social services, and how to appropriately adopt emerging technologies. Although it’s difficult to address these kinds of problems, they’re by no means impossible.

My work focuses on a few possible ways of engaging with complex problems, each of which we’ll explore in future posts.

My interest in complexity and collaboration drew me to RDS Partners, via recommendations from colleagues in Australia, as an organisation in the private SME sector dealing with complexity and working in the space between other spheres – community, business, research and something else.

I spent some time in residence with the folks at RDS Partners in mid-2013, working through with them what it takes to work with complexity from within the private sector.

In future posts, Eric will share some reflections on this time in residence with RDS Partners, and  watch for more from Eric about credibility, expertise, and collaboration in a complex world – stay tuned.

Eric Kennedy is a PhD student at the Consortium for Science, Policy, and Outcomes at Arizona State University and has a Bachelor of Knowledge Integration from the University of Waterloo. Eric’s research focuses on using trust, expertise, and collaboration to solve complex sociotechnical problems. Follow him on Twitter @ericbkennedy and visit him online at ericbkennedy.ca